I’ll be the first to say it, I’m far from an avid traveller. In fact, the idea of packing a bag and wandering around aimlessly for months, or what turned out to be a full gap year, wasn’t even on my wish list.

So if I’m such an unadventurous bore, how did I end up trotting the globe? Truth be told, out of a lack of alternatives. I’d finished my A-levels and had a place at University, but I wasn’t feeling it. I ran a business but that’s all digital so, as long as I had my laptop, that could move with me. Everyone was talking about backpacking and hostels so I thought, alright, let’s give it a go. After a few weeks of planning, I’d (stupidly) booked all my flights and mapped out my entire itinerary. (Tip: Do not do this, especially through the cheeky sales people of STA, you won’t end up going where you think you want to, as I found out the hard way.)

What happened during my gap year changed me as a person; in outlook, in ambition, in life and, dare I say it, even in ideology (no, I’m not quite a Corbynista). Everyone goes on about how great it is to travel. While I’ll most likely end up doing this as well, the purpose of this post is to illustrate what travel does for you and whether it’s worth doing before jumping into University. Or, in other words, gap ‘yah’ or no gap ‘yah’?

Where my trip took me

Firstly, for clarity of where these views derive from, this is what my trip looked like. On the 3rd of October, I flew to India for a months trip from the Himalayas right down to the southern tip. India was followed by a flight to Bangkok, a bus journey into and around Cambodian temples, paradise islands and back to the highlands of northern Thailand. Wrapping up South-East Asia came the length of Vietnam and bustling Kuala Lumpur—not the best place to spend Christmas, by the way.

After Malaysia came my realisation that I was not feeling the repetitiveness of SE Asia, leading me to cancel all my bookings and jump on a plane to snowy Japan. After experiencing incredible snow treks through the Japanese Alps, I was on my way to Seoul in South Korea and (for a day) North Korea (still counts, right?!).

Then came Taiwan—the most underrated country in the world—for gorge trekking and pristine mountain lakes followed by Singapore as a logistical stop on the way to Australia. Finally, New Zealand blessed me with the most incredible month of travel before heading back to Australia to set up shop in Brisbane, where I stayed for 5 months.

Cloudy slice Roy's Peak: 16km walk up to 1,700m. Wanaka's highlight as once you reach the summit suddenly all of the snowy NZ Alps and Aspiring range come into view. Also you can claim you've climbed a mountain higher than Ben Nevis 🙃

You can travel whenever you like, right? Well, in some senses, yes. But the kind of ‘once-in-a-lifetime’ trip (I think this phrase is rubbish, as I believe you can travel as many times as you actually want to) like a gap year is more difficult to squeeze in than you think.

Many, particularly those from less travel-centred countries such as the USA and Asia, will shame a trip abroad in place of further education as a bad decision. One which disorientates someone out of the ‘flow’ of education. While I see their point, particularly in sliding away from the natural attitude of work and schooling, it’s pretty woolly when put up against the pros of travel.

A year really isn’t a long time. I don’t feel any less switched on or driven, even in an academic sense, than I did after completing A-levels. In fact, I actually feel more ready to take on work, given that I’ve given myself a serious breather and reset.

Gap year or no gap year?

That said, throughout my trip as an 18 going on 19-year-old, I hardly met anyone my age. Without exaggeration, the first person I met which was my age was after 10 countries and 5 months of travelling, in Australia. Most of the people I met were between 21-25, either going through a career change or finishing off University.

In that case, why not do it after University? You could. Though my experience tells me that a vast majority of A-level students don’t really know what they want to do, or study. Secondary schools have become brainwashed by a motion of pushing students through to further education to tinker graphs, lift egos and raise capital. This means students as early as 16 years of age are being asked for personal statements before they’re asked: “Do you want to go to University?”.

University isn’t for everyone. I was on the fence for a long time. I’m self-driven and my end goal is not employment, it’s self-employment. Even in my industry of work (UX design), a degree doesn’t do much in terms of my employability.

Then there’s the problem with the subject choice. What do you want to study? Too often I’ll hear “well, I’m pretty good at X as it’s easy and I got an A, so I’m going to study that”. Chances are, you’ll jump into that degree, and after the novelty of freshers and first year have worn off, you’ll dislike it, drop out or put a poor level effort into your study.

ANYWAY. Let’s not get carried away with that, it’s a debate for another day. My point here is that taking a year out to travel gives you clarity on what you really want to do and helps you make a better decision when it comes to your next steps. More on this in a minute.

There are millions of different reasons people travel. But for me, three key benefits stand out.

Your gap year will open your eyes to a lot of cultures. Cultures which do the day to day things we do in a way that changes the fabric of their everyday life. This does a lot more than making you just a ‘well rounded’ person. It changes the way you approach things, both mentally and practically. You may start doing things you’ve never thought of before (I adopted the habit of meditating every morning!). Your outlook on life and what does and doesn’t matter changes.

Oh, and your political views. You realise that everyone, while diverse, is the same. We all want the same things in life. We all act in the same way when we’re handed the same set of cards. Everyone should be welcome everywhere. It doesn’t matter where you’re born, you have no more of a right to the patch of land you stand on than the person on the other side of the world, vice versa. (I bet, if it was in the national curriculum to travel, there’d be no Trump, no Brexit and no stupid nationalistic populism!)

As I touched on earlier, travel helps you figure out you. Haha. I bet you hear the phrase ‘find yourself’ right now. As cliché as it sounds, there is some truth in it. When you take a gap year to travel you’re thrown out of your daily routine to the point where you start to think “why was I doing that every day? I don’t even enjoy it.” or “I loved doing X, why am I not doing it now?”. Travel gives you this clarity of direction. You start to realise what you should and shouldn’t be doing, especially in work and study.

Personal development aside, travel is sick. You meet some of the most interesting people you’ll have ever come across (by that I mean fellow travellers as much as locals). You’ll experience things you would never have thought of doing. You end up jumping out of planes, swimming with sharks and mining your way through ice glaciers. You spend less than you would be living at home paying rent. In other words, you have the best year of your life — until you do it again.

So if that’s won you over, you may be thinking ‘how do I do a gap year properly?’. To be honest, there are so many different ways of travelling, and the best will depend on your preferences. The way I’m structuring my next trip is incredibly different from my first. That’s not because I didn’t like my trip but because I uncovered what my style of travelling is (on the road, hiking around mountains rather than public transport, sunbathing on beaches). Chances are this is your first trip, so my biggest advice would be to not plan, book or schedule anything. Trust me. You don’t know what you like, where you want to go or how you want to travel.

Decide on a continent, an initial country, book your flight out and a hostel for the first 3 days and no more.

With the free revision timetable that updates itself 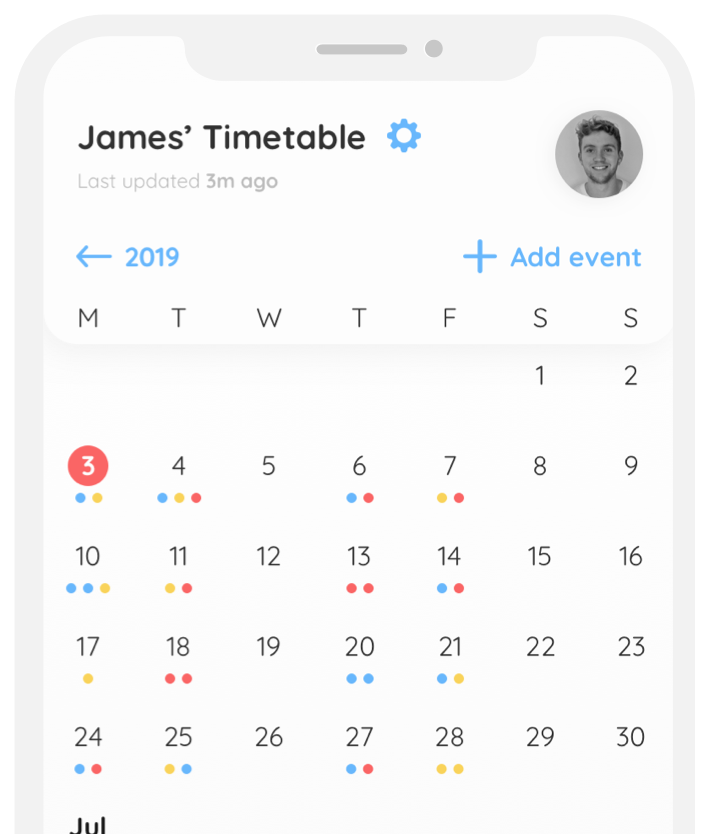 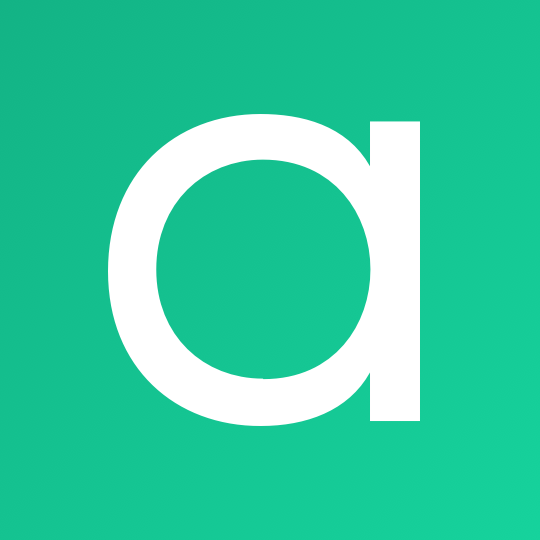 How to RAG rate your Adapt subjects 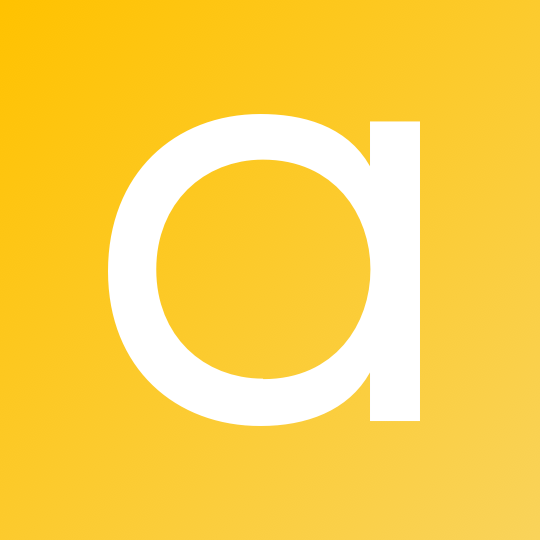 How to connect your Adapt subjects with your classes/teachers 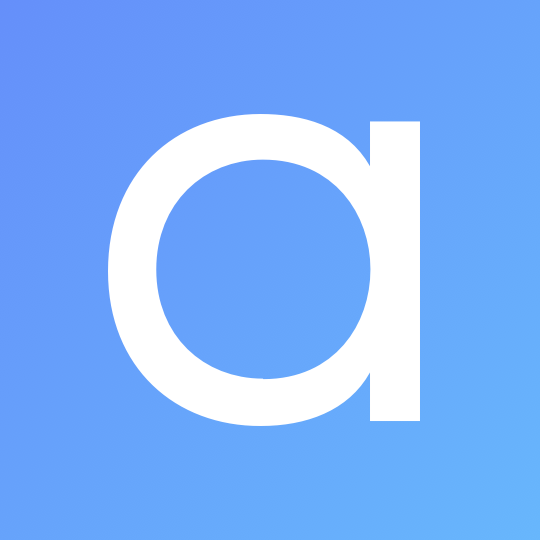 How to connect your Adapt account with your school 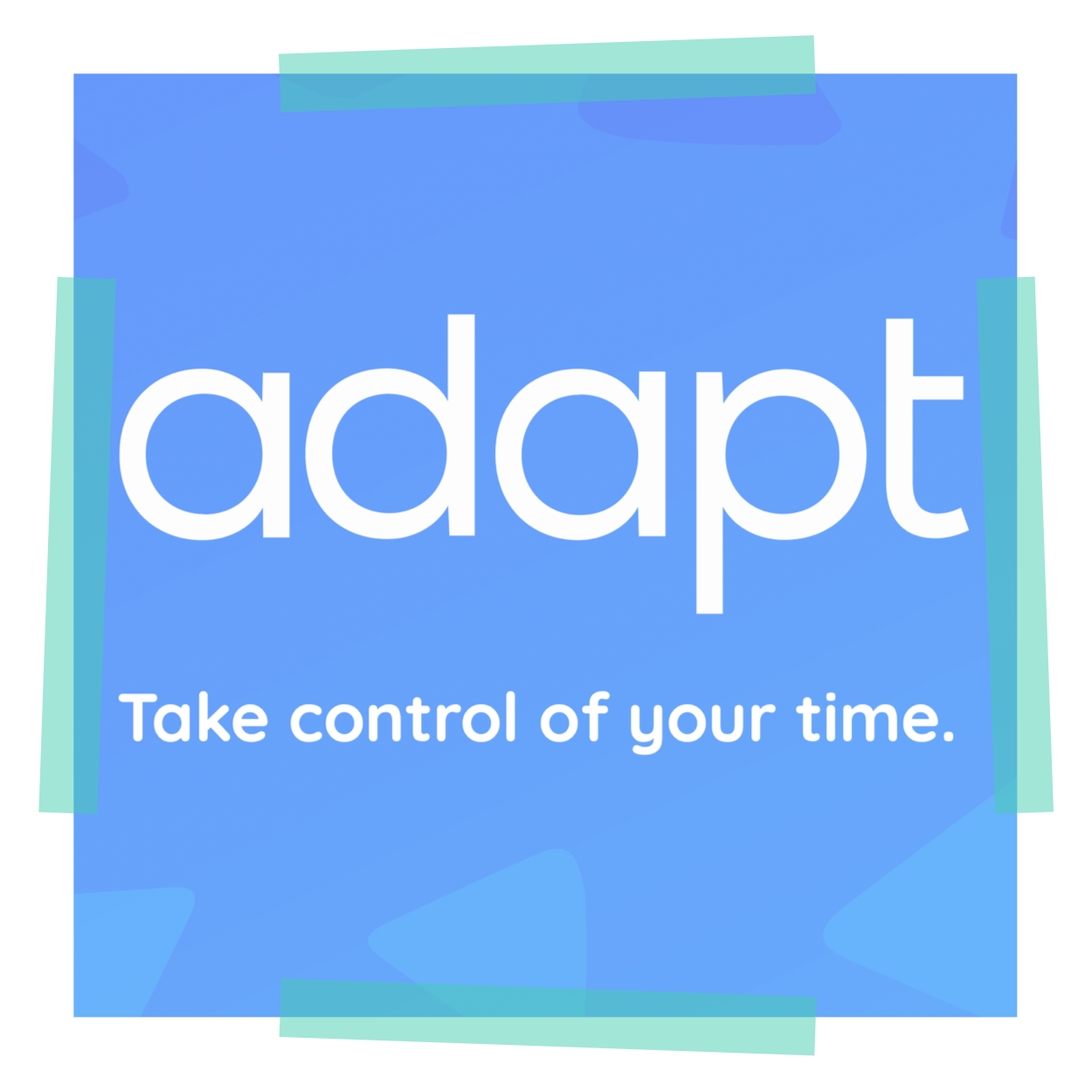 Be a topic warrior: How to build an Adapt course! 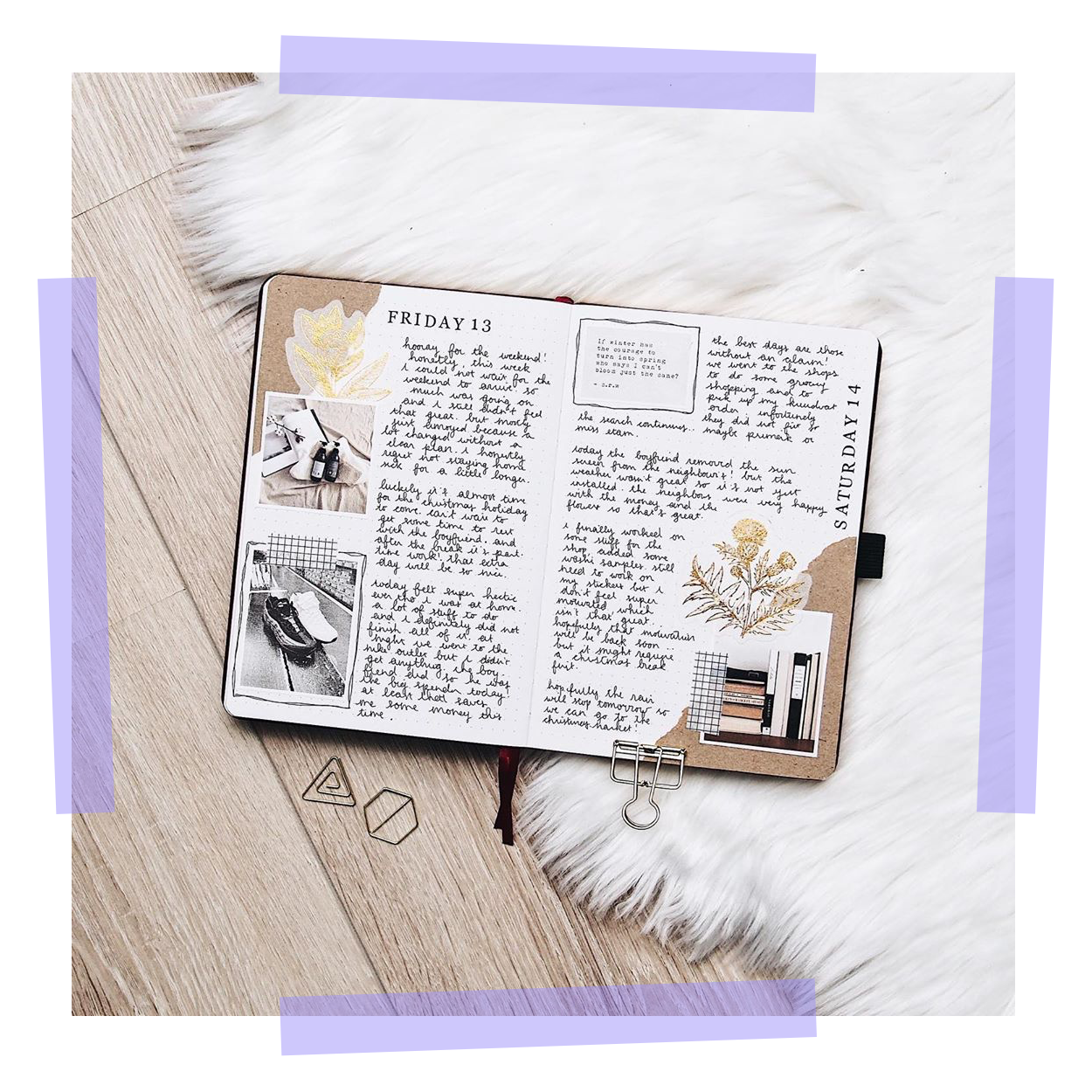 Parents: Here's how to keep your child motivated and productive during lockdown 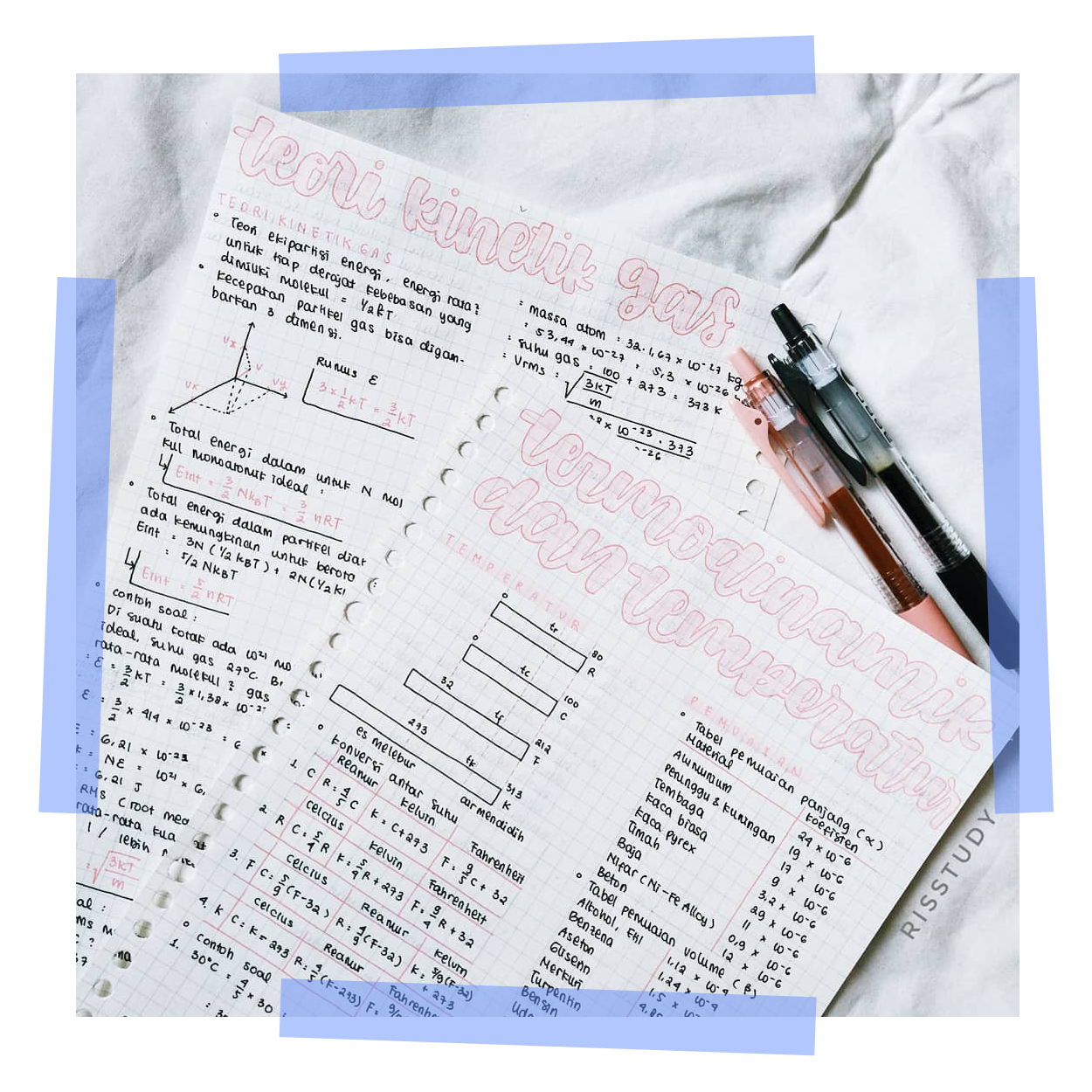 How to write a UCAS Personal Statement that stands out 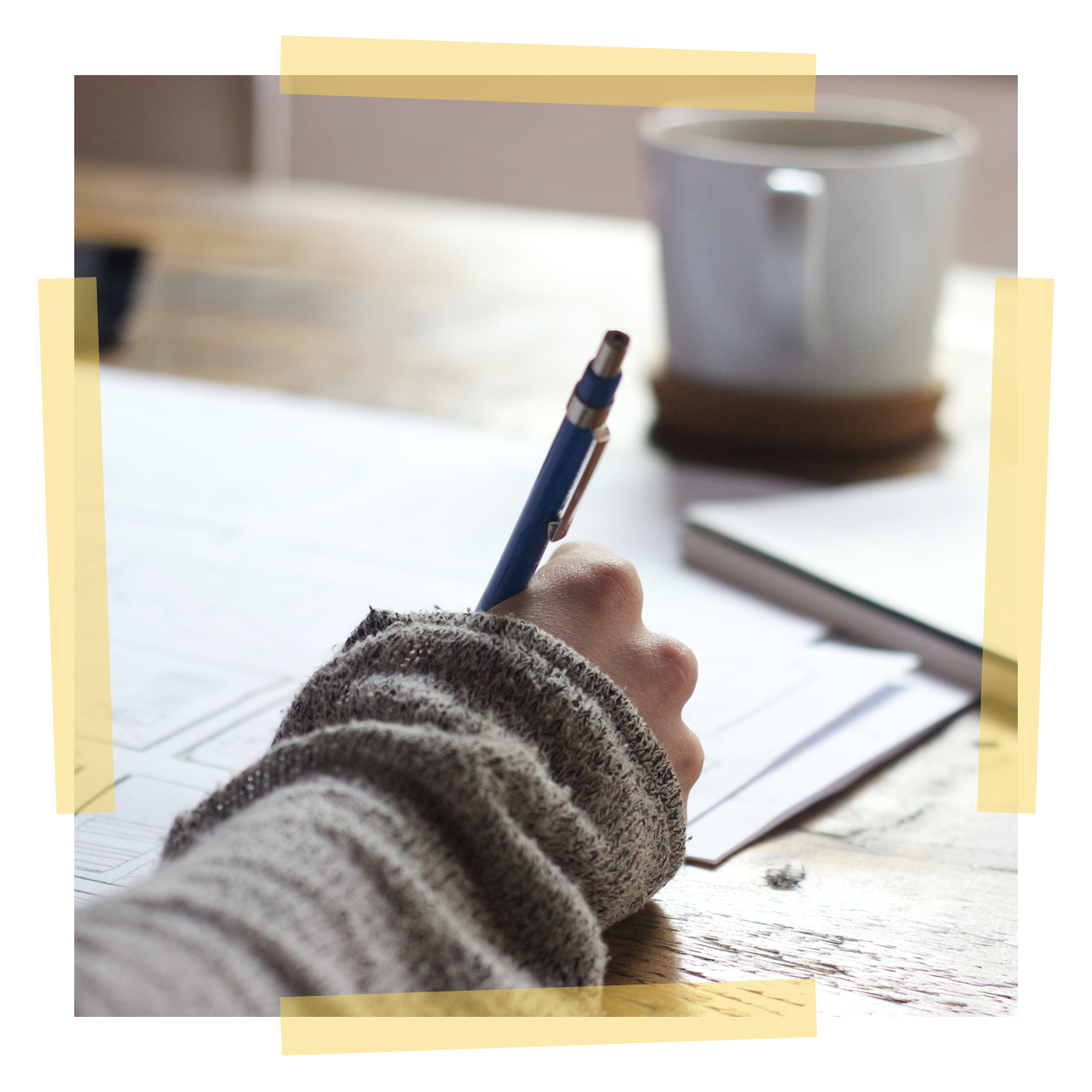 A message from Adapt during the COVID-19 lockdown